Enter your City name or Pincode

Champhai is beautiful town located in the Champhai district in Mizoram. Set within the majestic Myanmar hills, this place is a storehouse of, monuments, memorials and ancient relics associated with legends and folklores. Champhai also has a rich cultural heritage. The city is scattered with monuments and monoliths that gives a picture of their success in war, personal distinctions, valorous hunting and achievements. This is one North east India’s Tourist destination that cannot be missed.

Tourist Places in and around Champhai

The city of Champhai is surrounded with beautiful valleys, lakes, historical places and memorials. Many of these places are associated with ancient folklore and legends.There are many tourist places in and around Champhai and these include: 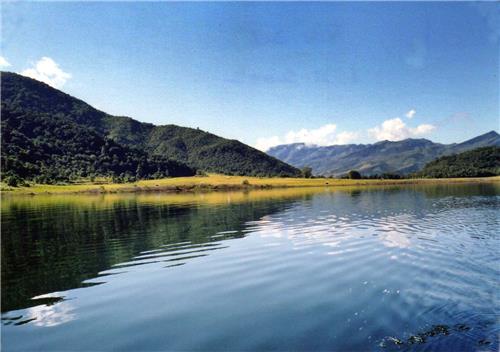 This is a heart shaped lake situated inside Myanmar about 22 kms from the Champhai district. This lake is believed to be the passage of the souls to the heaven or eternal abode. The lake is surrounded by lush greenery fields and blue mountains towering into the sky.

The lake spreads across one km in length and around 70 meters in breadth. The significant aspect of the lake is that there is no inflow or outflow of water to this lake and even then the water is constantly clear all the time. The lake has invoked many interesting folk tales.

The name of the place literally means the place where a man called Thasiama saw a Mithun Calf. Thasiama Seno Neihna is a plateau located on a steep rugged hillock. The hillock is about 2000 meters high located near the Burma border.  This hillock cannot be easily accessed by man. It is located at a distance of about 86 kms from Champhai in Vaphai village.

According to a legend, this plateau is the site where Mithun of Thasiama used to calf, and is considered impossible for Mithun to climb even today. The legend says that Thasiama had an affair with a beautiful fairy named Chawngtinleri and the fairy presented him a gift that his Mithun will multiply making him prosperous with time.

The fairy then used to guide Thasiama’s Mithun to this particular hillock where it would be safely kept and was guarded against the onslaught of the tigers which haunt the village area. Thaisama saw the missing Mithun which climbed up the hill and gave birth to the calf at this place. The story projects the hallucinations of old and lonely men.

This massive structure is a memorial stone having a height of 5 meters with impressions of human figures. People believe that this engravings to be the guardians of the dead. you also find some other stone structures having engravings of animals. They are situated in Champhai district near the Burma border. The structures were erected around 1700 AD in the memory of Mangkhaia who was the prominent chief of the Ralte tribe. 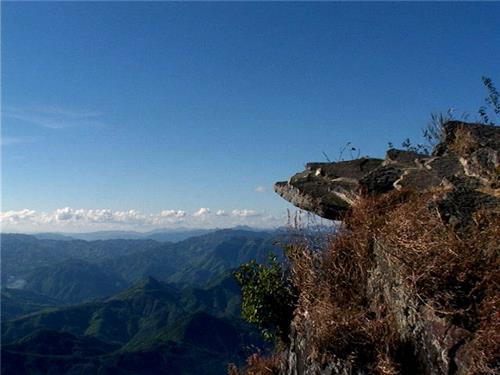 This is a legendary cliff situated around 64 kms towards the southern side of Champhai on the way to Khawbung. It is a cliff with its projection protruding far outside the rugged mountain on which it sits. According to legend, this is the cliff where the besotted lover Lianchhiari used to look out for Chawngfianga.

This place is situated around 65 kms away from Champhai. Tan Tlang mountain is the source of water here. Legends says that , that there was shortage of drinking water and people has to travel very long to collect water. At that time the only son of a poor widow, Fiara, happened to turn a flat stone and to his great delight he found a crystal clear source of water.

Though this was kept as a secret by the widow and her son only, with time, the villagers came to know about it and they found out that the water was much better and sweeter than other water sources. 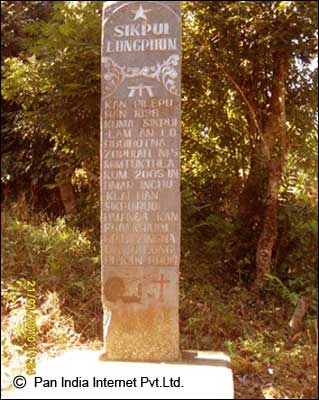 This is a stone platform which was arranged for use of the persons Huangpu and Zai Hruaitu, who lead the singing and dancing merriment during the time of Sikpui festivals.

This is an important festival of the Hmar people.  Every year the Hmar community celebrate this festival. This Hmar community preceded the Lushei group during the westward movement.

Champhai has a number of caves located in and around the town. These cave systems traces back to legends years back. These caves are spread in different regions of the town of Champhai. They are as follows:

This is one of the popular caves of Mizoram situated in the hills in between the villages of Vaphai and Farkawn. The cave is situated on the south eastern part of Champhai district. There is an ancient legend related to this cave. According to the legend, this cave was used by the spirits as confinement of a beautiful girl named Kungawrhi. This girl as betrothed to a valiant young man named Pnathira.

The couple was attacked by the spirits when they were returning to village of Panthira. The girl's beauty mesmerized the spirits and they abducted her and confined her to this cave. Until her husband Pnathira rescued her from there , Kungawrhi remained in the cave. The cave's name is derived from the name of the cave.This cave is one of the most biggest and frequently visited caves of Mizoram. You can easily reach the cave from the nearby villages of Farkawn and Vaphai.

This cave is situated near the Farkawn village in the district of Champhai. Large heap of skeletons was found in this cave. Records say that,  a terrific fight once took place between two neighboring villages many warriors died in the fight. Some soldiers, among them, were buried alive in this cave. The bodies of the warriors of Lamsial village were preserved in this cave in the form of skeletons.

The Mura Puk caves are located in Zote village at a distance of 10 kms from the town of Champhai. It comprises of six caves. Legends believe that, these caves were a hideout for the villagers who used to hide from an eagle named Mura who preyed on them. The Mura eagle was known to be cruel and has a skilled hunting technique.

He would perch upon the roof of the huts and then would push the rear door with his tail to force the people to rush out and escape through the front door of their huts. The Mura eagle would then grab the victims with his beak and feed on them. This hunting by the eagle was done regularly as so the villagers dug these caves hide from the Mura eagle.

Located in the Champai district, Murlen National Park is one of the popular tourist spot in Mizoram. The total area of the park is about 100 sq kms. The park is located at a distance of about 245 kms from Aizawl nearby to the Indo-Myanmar border and Chin Hills. 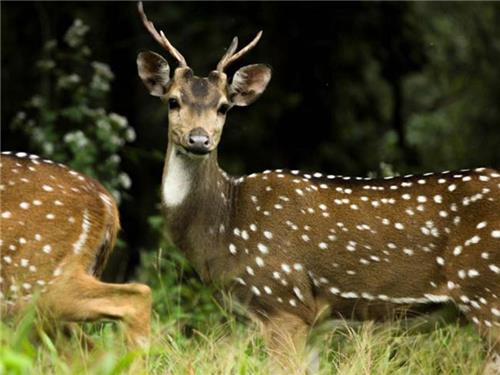 The Murlen National park has three different types of forests namely semi evergreen, tropical and sub montant forests. These forests are home to different species of flora and fauna. It is located at an elevation of 400 to 1900 meters above sea level.

is covered with tropical, semi evergreen and sub montant forests which serve as a home to a varied species of flora and fauna. The park is located at an elevation of about 400 to 1900 meters above sea level. One can also see several precipices in the park.

Tumkhuai Kham cave is a large cave. It is one of these precipices. Khampui is another precipice and it is one of the greatest precipices in the country. The height of this precipice is about 600 feet. There are also several rivers, rivulets and brooks in the sanctuary.

Another most interesting feature of this park is that it includes the virgin forests of Chamdur, rippling rivulets, steep precipitous hills, high cliffs and natural salt licks at an elevation of 400-1897 meters. There temperature here ranges from 300oC in summers and 11oC in winters.

Champhai is located about 192 kilometres from the capital city of Aizawl. There is regular government as well as private buses from Champhai to any part of the state. There are also taxis and sumo service available for the Public from the town to anywhere in the state and neibouring states as well.

Are you a Business Owner?

Add the products or services you offer